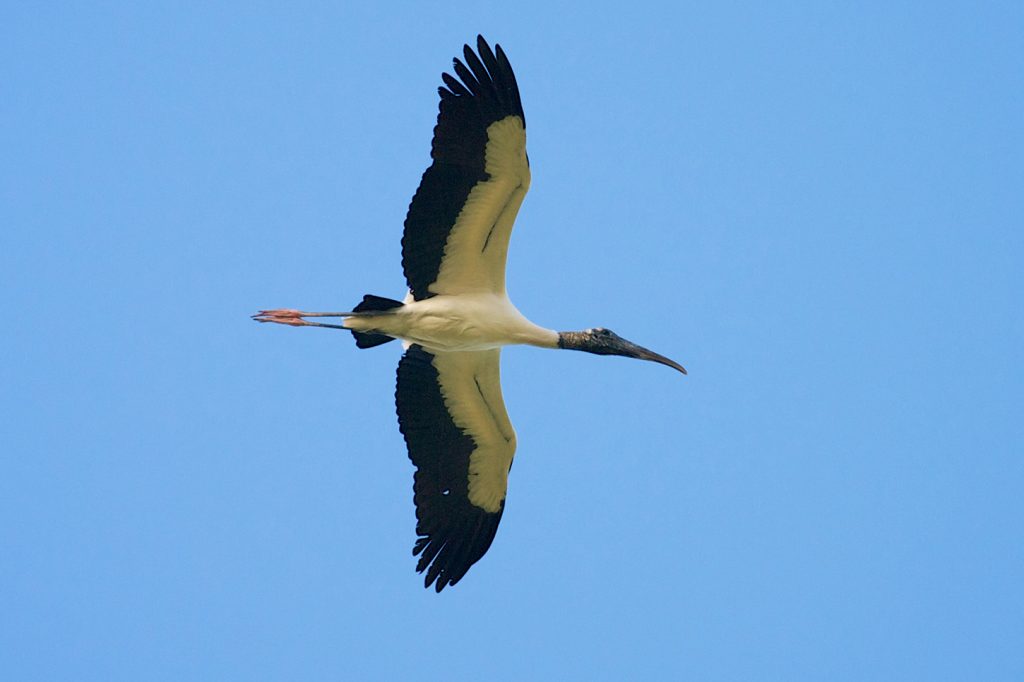 Even the rooftop storks of Hans Christian Andersen’s The Storks long for the swamp:

“Some time passed, and the nestlings had grown so large and strong that they could stand upright in the nest and look all about them. Every day the father stork came with delicious frogs, nice little snakes, and other such dainties that storks delight in. How funny it was to see the clever feats he performed to amuse them! He would lay his head right round upon his tail; and sometimes he would clatter with his beak, as if it were a little rattle; or he would tell them stories, all relating to swamps and fens.” 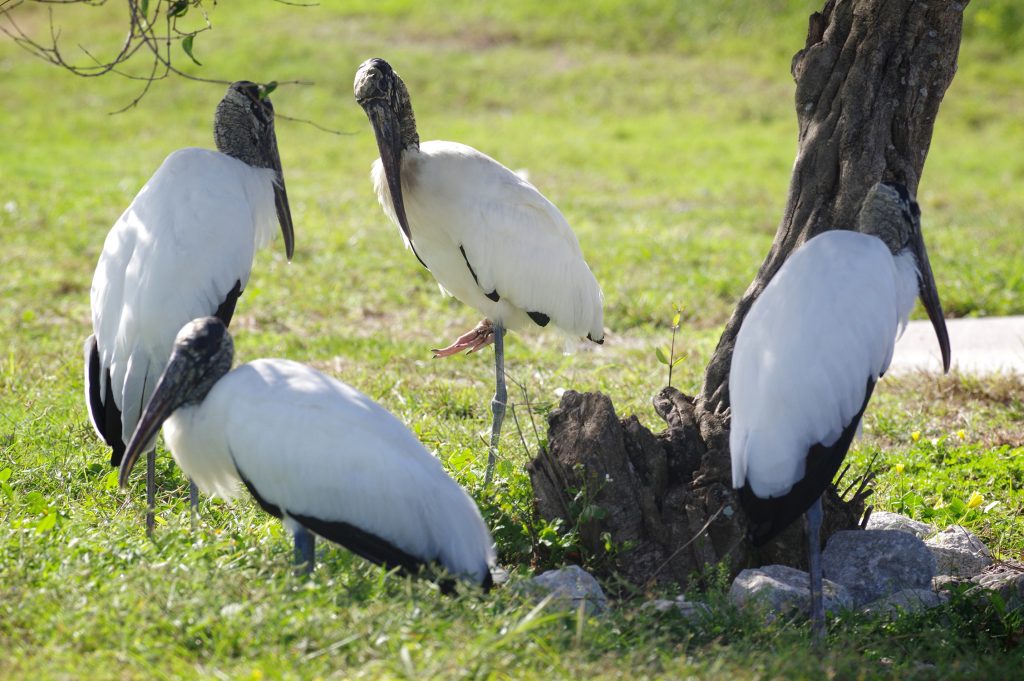 The most significant rookery in North America is in Corkscrew Swamp Sanctuary near Naples, Florida. Corkscrew Swamp has marshland, wet and dry prairie, pine flatwoods, stands of pond cypress, and the largest old growth bald cypress forest in North America. During the first ten years of monitoring (1958-67), the National Audubon Society recorded that the swamp supported an average of 5400 wood stork chicks per year. That number has dropped to less than 300 chicks per year over the most recent decade (2007-2016). But, wood storks have only nested twice at Corkscrew Swamp during the last decade, in 2009 and 2014.

Nesting for wood storks is a tricky equation, and it is like another fairy tale we know so well, Goldilocks. If the water is too high, the food source is dispersed. Or if the receding waters are too low, dry conditions will follow, and there won’t be enough prey to last for the 120-day breeding cycle. Wood storks will skip the nesting cycle if conditions are not just right. 15 inches of water is the best for the storks. The long legs of the stork can manage to wade through that level well, and the concentrations of fish and other prey make for easier foraging. With high concentrations of fish, they feel for prey with their dark, bald heads and long, down-curved beaks. When they feel their prey, they slurp, grab, or snap their beaks shut for the catch. 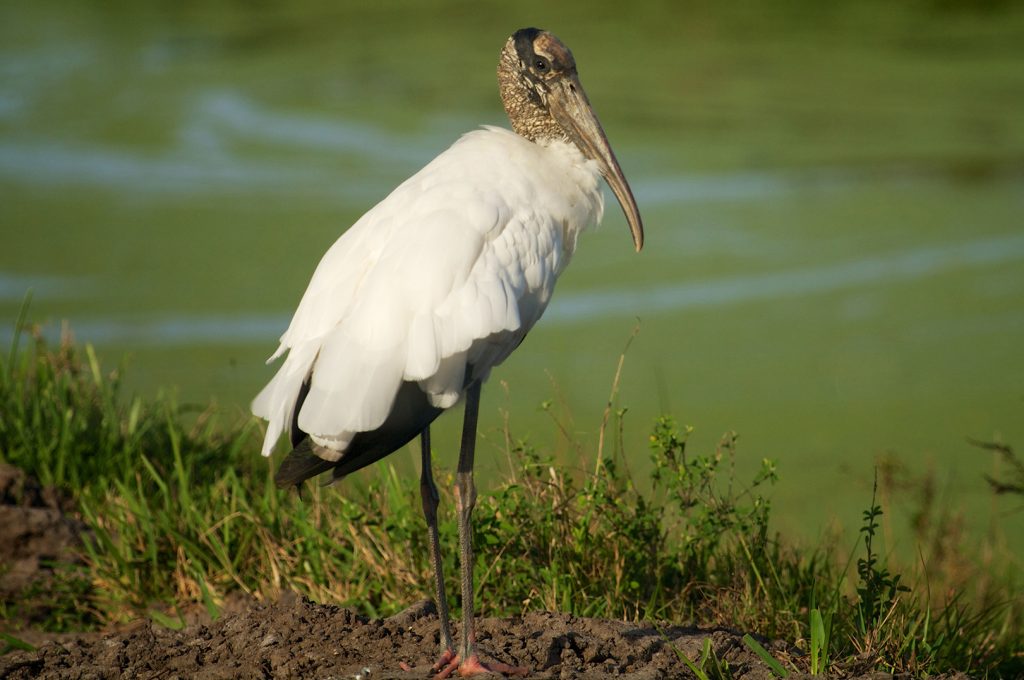 With long down-curved beaks, wood storks submerge their bald heads, feel for their prey, then slurp, grab, or snap their beaks shut for the catch. Young storks have yellow beaks, and adults have dark heads and beaks. Photo by Greg Harber.

I’ve been lucky enough to visit Corkscrew Swamp during a favorable nesting season, and it was incredible to see. The huge white birds were everywhere, circling, spiraling upwards in the air columns, up and over the cypress trees. My husband, his parents, and I walked the boardwalk out to the observation deck to watch the wood storks from a distance. Elevated above a meadow in the sanctuary, we witnessed the lively activities of the nesting colony. We could see the black flight feathers on white wings as they flew in for a landing. We watched in amazement as they foraged through the swamp, and it was exciting to learn more about these fascinating birds from staff and volunteers along the boardwalk and at the nature center.

Usually, when we see wood storks outside the sanctuary, we get to see them up close. They’re busy foraging along roadside drainage canals, on golf course lakes, and in housing community retention ponds with no attention paid to man, but these man-made developments are not appropriate places for these birds to nest, and we should not expect them to adapt. The reality is that people will keep on retiring and moving to south Florida. Swamps will be drained, and more golf courses and gated communities will be built, but developers, scientists, and environmentalists should get together and work to improve wood stork habitat. Although wood storks are adapting and shifting their range by packing up and leaving for other breeding grounds in Georgia and North Carolina, it would be a shame if south Florida lost the largest nesting colony all together. In the story books and baby shower invitations and wrapping paper, storks have been portrayed as delivering our babies for years, now we need to help them grow baby storks.

View all posts by Michelle Reynolds